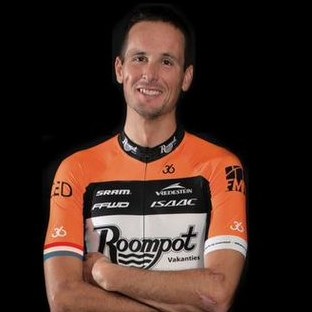 Hoogerland turned pro in 2009 when Vacansoleil-DCM received a Professional Continental license. After Vacansoleil-DCM closed down, Hoogerland was happy to join his former team-mate Matteo Carrara at Androni Giocattoli. “It’s a much smaller team than Vacansoleil-DCM. We started the training camp without the Venezuelan riders so the group was even smaller. It felt very family-like. A nice, new adventure,… and the WorldTour is not an absolute must for me. Yes, I won’t ride the Tour de France but the Giro is a great race. Their race programme was vital to me, not the quantity but the quality of races they could offer me. “

“I am not afraid during races. During training I don’t take unnecessary risks. The roads are still wet in the morning here in Spain and I don’t want to crash on a descent. So I ride a bit slower if needed.”

One of the youngest in the final season with Vacansoleil-DCM, Danny exceeded expectations, including riding the Tour at the age of nineteen.

Danny says of this time “The media attention was massive. Especially after I finished third and took the white jersey in the first stage. And not to forget… it was hard! I really felt the difference with other races.”

Too young to really compete with Kittel, Greipel and Cavendish, van Poppel was one of a number of sprinters at Vacansoleil-DCM who would reach fourth or fifth position. For Danny “It’s important to know that I am sure of my sprint chances and that I don’t have to prove myself or have to battle with my team-mates to see who will be the sprinter on duty.” He is helped on the team by his brother, “He’s my perfect lead-out man. He knows me better than anybody else and he knows how to prepare my sprint better than anybody else.” 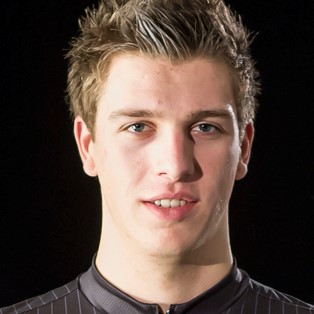 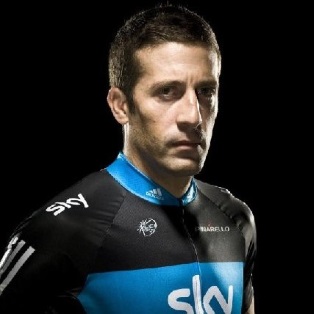 Flecha’s final year as a pro cyclist at Vacansoleil-DCM who he joined in 2010, saw him impress at the Tour de France and Vuelta a Espana. “Having a very good season, racing the way I like to race and having fun on the bike like I wanted to – it was perfect and I’m very happy with my decision to retire… The good thing about being at Vacansoleil-DCM was that I was able to race every single race I wanted to, and also I was able to race the way I wanted to.”

Argentinian-born Spaniard Flecha earned a reputation throughout his career as a specialist on the cobbles, particularly at Paris-Roubaix, though he was never the victor. “My favourite was probably Roubaix… That was the Queen of the Classics.”

“When I look back I am really proud of what I’ve done and the way I’ve raced”. Flecha also paid tribute to Boonen and the ‘King of the Classics’ Cancellara, believing he shared his career with two all-time greats of one-day racing. “The way of racing I wanted to end on was how I raced with Vacansoleil-DCM, so it was perfect.”

De Gendt took the cycling world by surprise when he ended third overall in the Giro d’Italia in May 2012.

The Vuelta is the race that suits De Gendt best. “Personally I’m happy that the stages are shorter than in the other Grand Tours. Short but hard, just like I want it. Still, I will just take it day by day and make a status after the first week.”

Asked whom in the Vacansoleil-DCM would be the one to look out for at the Vuelta, “I think Pim Ligthart. He has a very good sprint after a hard stage and there should be a lot of stages that suits him well in this Vuelta.” Though there is no expectation that any of the Vacansoleil-DCM team will make the podium thanks to stiff competition. De Gendt was correct in predicting that Spain’s Contador would win the Vuelta, being joined on the podium by Rodriguez. Valverde came second (De Gendt had predicted Froome, who came fourth). 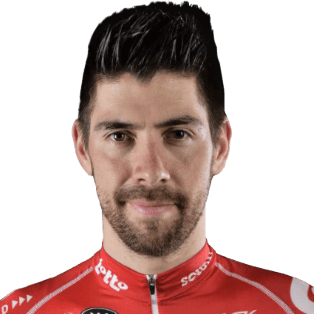 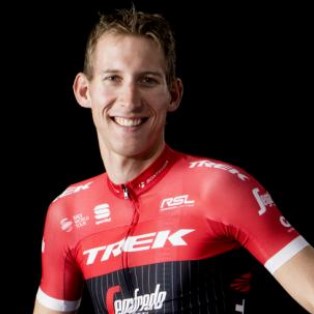 After a string of second places in stage races during 2012 – Paris-Nice, the Three days of De Panne and the Tour of Belgium – Vacansoleil-DCM’s Westra finally hit the jackpot in the Tour of Denmark that year. “the distance was perfect for me, 14.8 kilometres. I like time trials of 15 to 20 K, that’s ideal for me… Stage races of four or five days are perfect for me, Denmark was ideal, three sprint days, a hilly day and a time trial.

A second place on GC in the super-fast Olympia Tour and a stage win the Tour of Alsace gained him a contract with Vacansoleil, with whom he’s ridden since 2009. After years of attempts, in 2012 Westra won The Netherlands elite time trial championships.